Sorry to let you down – this is not another internet article about comparing the benefits of lunges vs squats or saying one is better than the other. Neither are better, they are just different. I think it is embarrassing though if you cannot step in varied directions without falling over because you are uncoordinated, lack balance, or lack single leg strength. Being able to do more stuff is better – unless you make your living by competing, at some point strong is strong enough and you reach a point of diminishing returns, and maybe it is time to sprinkle/layer in some new life skills. Level up suckas!

This article is going to talk about how I’ve come to think a lunge could/should be loaded.

WHAT IS A LUNGE

Firstly – a split squat is not a lunge. Squats can be bilateral or with different stances. A lunge is a movement towards or away. I classify lunges in the step category of how I split up movement. 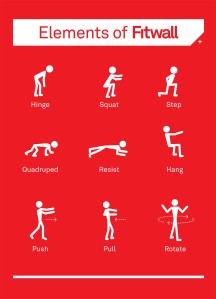 A step could be forward, side ways, backwards, down, up, across, behind, or a combination of those things.

So, with a step, you would basically be traveling, but with regards to lunging I don’t mean covering large amounts of distance. This means you have picked up a foot, stepped in some direction, and then had to control your body through space via balance and and what is probably more inherent eccentric loading than is required in squatting.

*For this reason, when you start introducing lunges, they can ruin your next few days if you are not accustomed to much eccentric loading in your workouts (remembering that eccentric loading tends to produce higher levels of soreness).

A lunge is one step towards something – think of a volleyball traveling quickly to your side – you lunge with one foot to get in position, then come back to your original position. Or it’s like a defender changing direction – they’re backpedaling then have to go forward, they’re side sliding then have to change directions, either way the last step (the direction change) is basically a lunge, or it’s at home when you step forward and bend over to pick something up, then stand up with that thing.

So – a lunge is a direction change. It is a single step with an up and down component, and a traveling to and away component.

Traditionally a lunge is only loaded for the up and down component. I think there is pretty good reason to load the away component as well.

I think I prefer loading a lunge with holding weights vs a barbell, but both work – you get the double whammy of a loaded carry during your set.

Here is an example of a reverse lunge, where the up AND away components are resisted.  This challenges some rotation as well based on the way the shoulder strap is set.

Here is another, that challenges the core a bit more with an overhead position having to resist extension.

*Now, another really good way to train stepping (different than lunging) is to train continual stepping in one direction via drags/pushes. For example, here is loading a crossover step traveling sideways. You could do this traveling forward, laterally, dragging backwards…it’s all good. It is great for loading the away component-and whats nice is it really minimizes the eccentric piece, so you probably won’t get as sore. I like them for recovery workouts.

What’s nice about all these above is they minimize the amount of spinal (or have zero) loading – so if you have a pissy back, you can still get strong in the legs.

Take a look at this video of an unloaded lateral lunge, and note the rather aggressive forward lean of the torsos. In any lunge (or squat), if you lean forward at the waist vs trying to keep a vertical torso you should engage the hip muscles more than if you try and remain vertical. People try to remain vertical because they confuse flat backs with vertical backs – they aren’t the same. Your chest should drop forward, similar to a deadlift, similar to a swing, aka a hinge.

Looking at a resisted reverse lunge – where the away component is resisted, you’ll see the same type of forward torso lean, as that lean makes for a much more powerful up AND away.

Here is one more way to load the up and away in a reverse lunge, with a barbell and landmine.

I think that it is very important to train this one sided/one legged hinge – as important as training a bilateral hinge. There are tons of people who can hinge nicely in a deadlift or swing, but as soon as they have to move on one foot they’re all up on their toes, asking lots from their knees and quads and not getting as much as they could from their hips. You should be able to tap into the hip hinge movement in a variety of movements – not just the “perfect” one you are looking for.

A completely vertical torso, IMO, is inferior to a forward lean…except if you are purposefully trying to emphasize quad/knee dominance in the movement. Which is fine, if that’s your goal. But for maximal power, lean forward.

I think it’s important to train lunges in many ways, and directions. I don’t think you need to train them super heavy – that’s what deadlifts and maybe squats are for. With lunges I wanna see us develop competency in moving in many ways. Training them in many ways means:

Thanks, and try playing with your torso position, loading parameters, and increase the number of directions you step in!

Stringer game strong this morning in the @fitwall_scottsdale studio playing with loading up my curtsy so my Franciness is strongrrrr.

Be the first to start the conversation!